I have written in the past about the history of mining resistance in the Rio Intag region of Ecuador. Unfortunatly the Intag region is not the only beautiful and incredibly bio-diverse region under threat of being contaminated by resource extraction. Yasuni National Park is a pocket of pristine Amazon jungle in Eastern Ecuador. I visited […]

I have written in the past about the history of mining resistance in the Rio Intag region of Ecuador. Unfortunatly the Intag region is not the only beautiful and incredibly bio-diverse region under threat of being contaminated by resource extraction. Yasuni National Park is a pocket of pristine Amazon jungle in Eastern Ecuador. I visited a research station located in the park in 2011. The area is a natural paradise. The diversity of plants, insects and wild life is mind-blowing. The indigenous groups that live in the area encompassed by the park, still live much as they have for centuries. Granted, they now use guns to hunt and they do have some contact with government agencies, but they still live off the bounty that the forest provides. 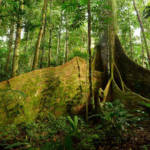 There are no roads to navigate the park, so arriving there means taking a long boat ride along the Napo river. In a small motorboat we sped along the murky river, with the jungle draping over the shore in a dense curtain of vegetation. Along the banks of the river you can see turtles basking in the sun, some with butterflies resting on them. Yasuni is a magical place, which is why it seemed obvious to try and protect it from the threat of large scale oil drilling. Underneath the natural beauty of Yasuni, there lies Ecuadors largest remaining reserve of oil. We are talking about 46 million barrels, or 20% of the country’s proven oil reserve. This is where the idea behind the Yasuni ITT initiative emerged. In 2007 then president Rafael Correa made an offer to the world: if the international community gave Ecuador $3.6 Billion dollars (half of the revenue that Ecuador would get from exploiting the oil reserves) then Ecuador would protect the park. All the money from the initiative was to be invested in a transition to a sustainable economy and social equality. I know what you are thinking: the Ecuadorian president was indeed holding the Amazon hostage. After receiving almost $200 million dollars by 2012 the president announced they would go ahead with the Yasuni initiative. However, it didn’t end up working out. The following year they reversed their position and said that the economic contributions had been insufficient. They moved ahead with their plan to develop the oil extraction efforts. Drilling began in the Yasuni in 2016, and the second stage of the controversial project began was underway as of 2017,  There are many groups and indigenous peoples that are still fighting to preserve this important area. The Amazon is referred to as the lungs of the world, due to the role the massive forest plays as a carbon sink and a cooling effect on the planet. Oil development will mean more roads, more deforestation and contamination of the water and soil. It will be a loss most felt by the indigenous people who depend on the ecosystem for survival, but the loss will impact the larger world through the global effects of climate change. Yasuni is not the only pristine natural park in Ecuador being opened up for resource extraction, so is Las Cajas. 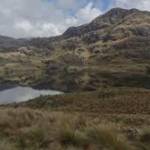 Las Cajas National Park is beautiful: it’s an area high in the Ecuadorian Andes, dotted with lakes and mountain peaks. The park, aside from being a popular hiking and cycling destination, provides clean drinking water to the city of Cuenca. The park is high above Cuenca, the third largest city in Ecuador, and has a paramo ecosystem. This means it is above the tree line, so the main vegetation is a type of grassy shrub that covers the mountains. The government is considering developing mining in the park. This would jeopardize the water source for millions of people, who would then become reliant on drinking bottled water, whereas right now they have excellent tap water. We all know that water is essential for life, yet in a capitalistic system that values money above all else it is viewed as good idea to begin mining next to a cities water supply. There is another place in the south of Ecuador that is dealing with its own struggle against its own government. That is the Shuar tribe in the South-East corner of the country.

The conflict between the Shuar tribe and the government began when 41,000 Hectares of their land was ceded to a Canadian mining company called Corriente Resources. The company made its mining camp in the settlement of Nankintz. This land had been communal Shuar territory, however the government did not recognize their title because they had no structures built on the land. Such policies do not recognize the nomadic nature of the Shuar tribes way of life. Since the land was considered vacant, the Shuar tribe was ignored. The Shuar succeeded in expelling Corriente Resources from their territory in 2006, with support from the group Accion Ecologica. In order to protect the land from future mining development, the Shuar established a permanent settlement in Nankintz. Unfortunatly the concession was sold again to a Chinese mining company called EXSA. Since then the Shuar communities have faced criminalization, militarization and severe restrictions on their rights. In 2016 the conflict came to a head. The Shuar were evicted from the community in August and had their homes destroyed. On November 21st they retook their community from the company. The Chinese government complained to the Ecuadorian government about this. On December 14th the Ecuadorian police went and evicted the Shuar again. In the confrontation a police officer was killed, and seven member of the police, and two Shuar were injured. The government responded by calling a state of emergency and mobilizing the military. The Shuar are now being persecuted and are forced to flee deep into the jungle to avoid arrest and jail time. If the EXSA mining project goes ahead it would be the second largest copper mine in the world and generate $1.2 Billion dollars a year. As a consequence the Shuar tribe would lose a large portion of their ancestral territory, and their ability to hunt and forage to survive would be jeopardized. Again, large scale deforestation and environmental contamination would be the outcome, while a small group of people get rich.

There are a lot of environmentally damaging projects being pursued in Ecuador right now. They are also being pursued all over the world. There are so many environmentally sensitive areas being targeted for resource extraction that they could not be included in one article. Almost every single country has its own version of this struggle playing out. If it were just in Ecuador, you may be tempted to think that the situation in one small Latin American country are not of importance to you. But when that impact is being multiplied all around the world, it will affect every single one of us. What does it mean when all of these eco-systems are being simultaneously encroached upon? It means humanity is sacrificing the life sustaining natural systems we rely on, in exchange for industrial development. We need to smarten up. We need to think outside the box about how to support small enterprises around the world that are not based on environmentally destructive industries. We need to figure out how to make the leap to economies that are not entirely based on petroleum. We need to stop mining gold for the purpose of wealth creation and jewelry. Is making shareholders millions worth having chemicals like cyanide end up in your water? Copper should be recycled to a much greater degree, and we should definitely not open new copper mines in extremely bio-diverse areas. This is the struggle of our generation, and I hope that together we can begin to make the changes that we need to.